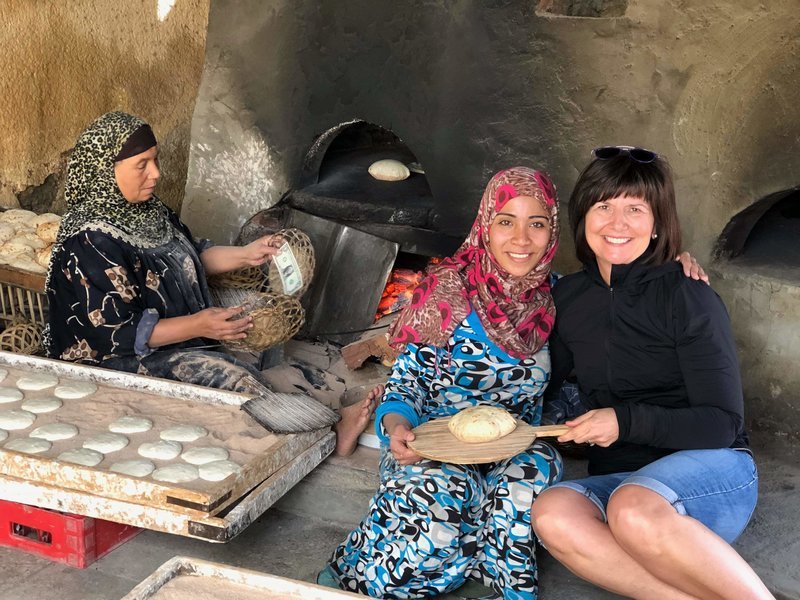 8 Days Egypt Tour Package to Experience Luxury at its Best

Day 4: Fly to Aswan and embark your Nile cruise. Visit Philae temple and Sail down the Nile by a Felluca.

Day 5: Sail down the Nile to Kom Ombo and Edfu temples.

Day 7: Fly to Cairo and visit the Coptic churches of old Cairo.

Discover the ancient necropolis of Saqqara.

Visit the off-beaten-track tombs of Mihu, The Butchers, and The Two Brothers.

Stop by the oldest mosque in Cairo; Ibn Tulun mosque.

Take a walk through the back streets of  Old Islamic Cairo and the local market.

Visit Aswan and enjoy a relaxing Felucca ride on the Nile.

Sail down the Nile on a luxury cruise for 3 nights.

Explore the ancient city of Thebes while immersing yourself in its magnificent  wonders.

Enjoy the stunning colors of The Valley of The Kings and  The Tomb of King Tutankhamun.

Learn about the Holy Family's visit to Egypt as you delve into the history of its Coptic churches.

Arrive at Cairo Airport. Our meet-and-assist service will take you through the passport control area, assist with your luggage and customs, and then our representative will accompany you to your hotel in Cairo overlooking the Nile.

Visit the Grand Egyptian Museum, the largest museum in the world for one single civilization.  You will stand face-to-face with the Golden Mask of the boy King Tutankhamun. You will be dazzled with the amount of treasures and artifacts that this museum holds

After  lunch in a local authentic restaurant, Visit the Giza Pyramids, the only surviving wonder of the Seven Wonders of the World. Ride a camel out in the desert to have an amazing view for the pyramids from a distance. Then, stand in front of the imposing Sphinx, the combination of human intelligence and the strength of a lion. Enjoy dinner in a local authentic restaurant. (B,L,D)

Start your day by visiting Saqqara, the necropolis of Memphis, home of the step pyramid, the first limestone structure ever built. Explore its 4350 years old colored tombs. Get the chance to go inside a pyramid and see the ancient Hieroglyphics that have been engraved on its walls for thousands of years. Your tour will include an off-beaten-track visit to The Tomb of Mihu, The Tomb of the butchers and The Two Brothers.  .

Then after lunch, visit Ibn Tulun Mosque. The oldest existing mosque in Cairo with an amazing unique design and yet still surviving in its original form. You can even climb up the minaret which provides a panoramic view of the whole old part of the city.

Wrap up your day by walking through the old streets of Islamic Cairo; walk in El Muizz Street which is like an open-air museum filled with medieval architectural marvels and treasures; explore the winding alleyways of the famous Khan El Khalili market, the major souk in the Islamic Cairo district (B,L)

Take an early morning flight to Aswan on the southern border of Egypt. Upon arrival we will take you to the temple of Isis, located on the island of Philae. The temple is dedicated to the goddess of love and passion in ancient Egypt. Then check-in and have lunch on-board the cruise, you will  have a leisurely felucca sailboat on the river Nile . (B,L,D)

As you are having breakfast, sail down the Nile and visit the temple of Kom Ombo, dedicated to the crocodile and the falcon gods. Stop at the Crocodile Mummification Museum, where you will see the crocodile mummies that are thousands of years old. Lunch will be served onboard the cruise ship. The next stop will be the temple of Horus at Edfu, the most intact temple from the ancient world. (B,L,D)

Start the day by visiting the Valley of the Kings, hidden behind the mountains on the west bank of the Nile. Your tour will include the entry of the tomb of king Tutankahamon and the tomb of Ramses VI. Next, visit the temple of Hatshepsut, the only female pharaoh who dressed and ruled like a king. Have a photo stop by the huge Colossi of Memnon. After lunch, visit the temple of Karnak, the largest religious complex that was ever built for a god. The temple is dedicated to the god Amon Ra, the chief creator god in Ancient Egypt. Then visit the Luxor temple that was predominantly built by Pharaoh Ramses the second. (B,L,D)

Fly Back to Cairo. Upon arrival visit the Coptic area, where you will visit The Hanging Church, one of the oldest churches in the world that dates back to the 3rd century and was built on top of an ancient fortress. Visit the Church of St. Sergius, the place where the Holy Family hid from king Herod during their flight to Egypt. See the place where baby Moses was found by the daughter of the pharaoh at Ben Ezra Synagogue. The Synagogue is one of the few surviving in Egypt. After Lunch, return to your hotel by the airport and relax. (B,L)

After breakfast, have a short walk  to the international terminal to travel back home with your heart filled with memories of the sights, sounds, and voices of Egypt to carry with you. (B)

We have three different categories of accommodation: 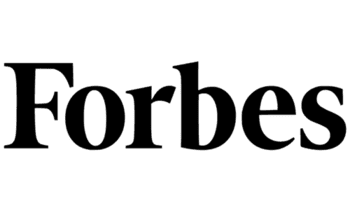 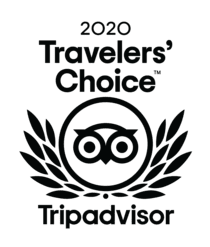 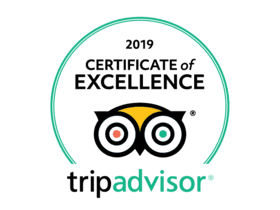 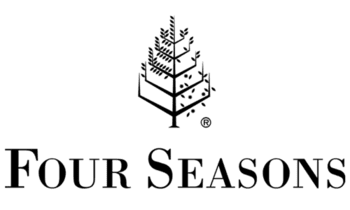 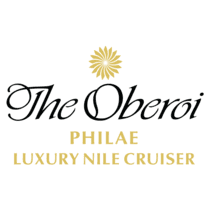 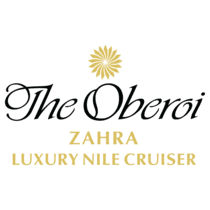 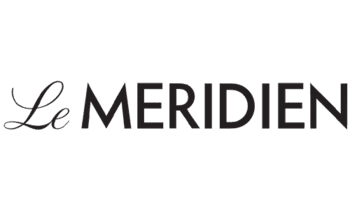 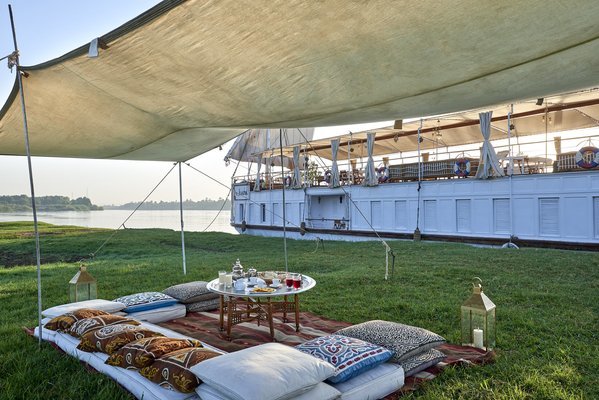 11 Days Egypt & Jordan Tour to Experience Luxury at its Best 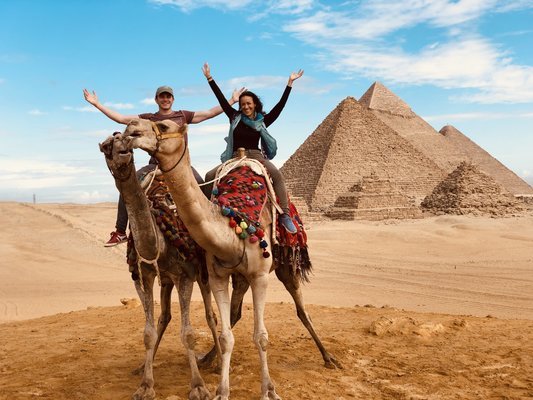 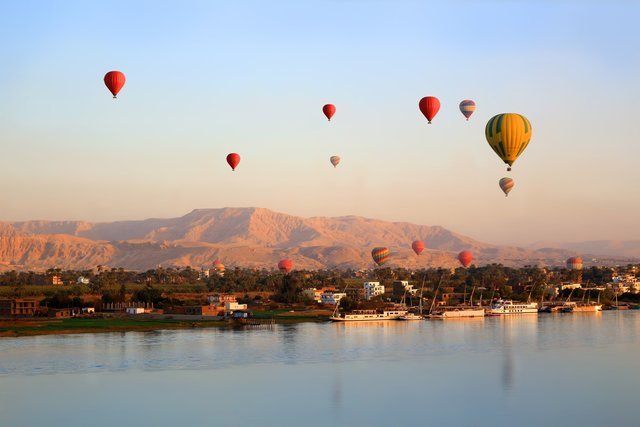 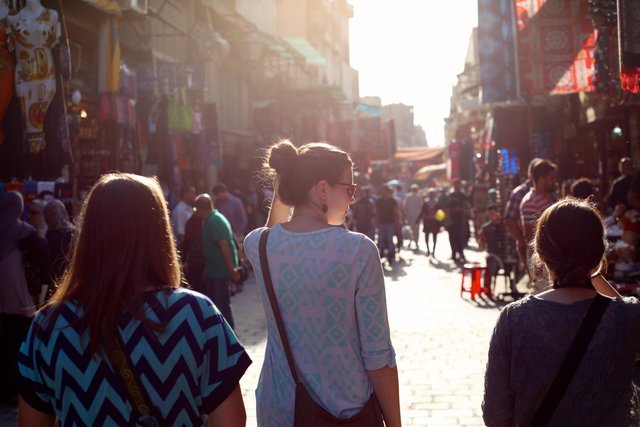